2013 Economics and the Commons Conference (ECC) 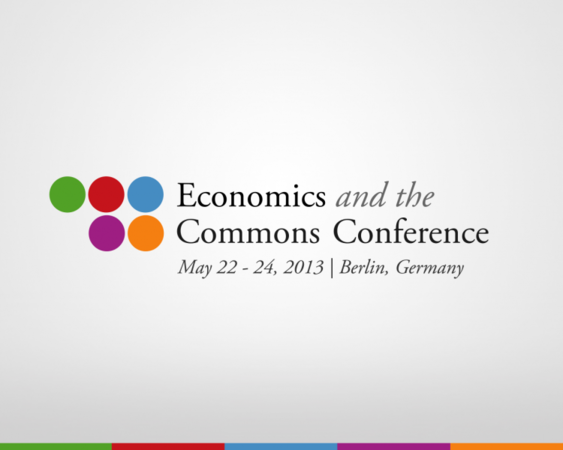 “The prevailing dogma of market-fundamentalism has increasingly been called into question as the predatory dynamics of the market economy become clear and as its threats to the biosphere have become more acute. Our conference “Economics and the Common(s): From Seed Form to Core Paradigm” has opened up some new vistas in politics, economics and culture by exploring the commons as an alternative worldview and provisioning system, as well as a coherent field of inquiry and action. It has convened approximately 210 commoners – researchers, practitioners and advocates from around the world – to explore the relationship of conventional economics and the commons, showcase key actors and initiatives, and devise plans for moving the commons paradigm forward.”

One of the most significant impediments to positive social change is the entrenched power of market-fundamentalism as an economic and political paradigm. The prevailing dogma is that only a scheme of individual self-interest, expansive individual property rights, market exchange, and globalized free trade can advance human well-being. This view has increasingly been called into question as the predatory dynamics of the market economy become clear and as its threats to the biosphere have become more acute.

ECONOMICS AND THE COMMON(S): FROM SEED FORM TO CORE PARADIGM sought to open up some new vistas in politics, economics and culture by exploring the commons as an alternative worldview and provisioning system. A rich array of commons – in nature, cities, civic life, the Internet, and many other realms – are showing that commons can provide stable, equitable and ecologically benign alternatives to conventional markets. The Economics and the Commons Conference (ECC) expanded and empowered this work by exploring the commons as a coherent field of inquiry and action. It convened approximately 240 commoners — researchers, practitioners, and advocates from around the world — to explore the relationship of conventional economics and the commons, showcase key actors and initiatives, and devise plans for moving the commons paradigm forward. Special care was taken to avoid a “sectoralization” of commons discussion because we believe that a coherent “general narrative” of the commons nurtures global social change and applies across many different sectors of commoning.

Among the questions asked: What core principles of commoning can be identified across different resource domains? What makes a commons so generative? In what circumstances can commons-based provisioning models substitute for conventional markets, or interact constructively with markets? How can the protection and re-creation of the commons be made an integrated part of productive processes?

The Economics and the Commons Conference (ECC) was hosted by the Heinrich Böll Foundation (hbf) in cooperation with the Commons Strategies Group, The Charles Léopold Mayer Foundation, and Remix the Commons. The event took place at the headquarters of hbf in Berlin from May 22 to 24, 2013. Optional side-events on topics such as communications strategies for the commons, governance of global commons, and others, were held on May 21-22 and 25.

Goals of the Conference

The ECC sought to show the breadth and feasibility of commons-based provisioning and forge a coherent narrative and analysis about it and the next steps for action.

Substantive discussion at the conference were therefore focused on several key themes:

The conference featured six separate Streams with plenary keynote talks and breakout sessions to probe issues in greater depth. The ECC and its Streams are designed to foster dialogue, collaboration, creative thinking and follow-up action, and not just “expert” presentations. The six Streams are: 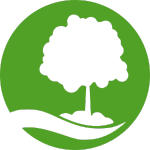 Throughout the world, neoliberal economic policies have had destructive effects, resulting both in the degradation of natural environments as well as reduction in fair access to shared resources. A parallel example of this can be well seen in the aggressive privatization of water systems in large metropolitan areas like Paris, Berlin and Naples, which has resulted in price increases, lower quality water, reduced access to water and less democratic control. Although a flourishing anti-privatization movement in both Europe and the Global South has arisen, much of this advocacy does not have the analytical and theoretical tools to push for a paradigm shift in the economic organization of our natural resources as a commons. This stream will bring together legal scholars, ecological economists and commons advocates to develop commons-based policies and models for governing shared natural resources, especially water and land.

2. Doing away with labor: Working and Caring in a World of Commons 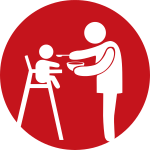 Currently, we witness two parallel phenomena: Global development policies cause the loss of use rights to the natural commons as the livelihood support system for an estimated two billion people. At the same time, an ecology of collaborative production is (re)emerging beyond markets, money and organizational hierarchies as we know them. The lines between production and consumption are becoming blurred by social practices, which are based on sharing and (indirect) reciprocity. These practices are providing innovative answers to the fundamental question of how to (re)produce our livelihoods. Yet, most of the time, they do neither recognize “the whole of work”, which means to overcome the structural divisions between productive work and care work (education, health, eldercare, household level, etc.) nor do they reduce embedded gender imbalances in the performance of these activities. And yet, the emerging new patterns bear the potential for a historical transformation toward a model that we could term “(re)prosumption”. It is a created term to combine two sides on a structural level: reproduction and production on the one hand and production and consumption on the other. It could provide alternatives to both, globalized capital(ism) and “national-developmentalism”, and to overcome structural causes of gender inequality and the markets externalization of care and nature services. These trends also point to the transcendence of the conditions that historically forced the division between social reproduction and economic production. While most unionists tend to focus on the labor market and a fair distribution of available employment in our world of today, the work of the future may no longer be a “product” that is bought and sold in the market, but it could be managed as a commons. This is the vision we wish to discuss and develop further. 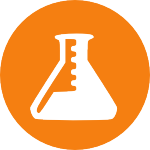 * Read the Final Report of the Knowledge Stream!

Science, and recently, free software, are paradigmatic knowledge commons; copyright and patent are paradigmatic enclosures. But our focus on paradigmatic examples and the language of “intellectual property” and “openness” may actually limit our imaginations about what might be possible. If we took the commons seriously, for example, we might begin to see that copyright and patent are not just knowledge enclosures, but “modern” ways of enforcing privileges and inequalities in what may be known and communicated. Similarly, that open access and use is not necessarily an emancipation, but rather a shift in control to those who own the digital platform. This Stream will attempt to (re)consider and (re)conceptualize the free/libre/open/commons movements from a strategic and commons-first perspective.

4. Money, Markets, Value and the Commons 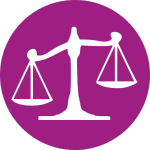 The dominant economy is to a huge extent market-fundamentalist and money driven. It is built around unsustainable principles like extraction, competition, profit and exponential growth and fueled by interest bearing credit creation through a profit oriented banking system. A Commons Economy is driven by other motives and proposes a different mindset and different ordering categories than capital, ownership and money. Some commoners tend to imagine a Commons Economy as a world beyond (artificial) scarcity, rendering money and markets irrelevant, which suggests, that commons can function without money as we know it. Others focus on redefining the role of money or how to design money itself as a commons. But all agree that if a Commons Economy still has credit, money and markets (or at least marketplaces), they will be very different in character than our current economy.

The objective of this Stream is to integrate the different “paths of imagination” towards a Commons Economy, and to get a clearer picture of the architecture and underlying design principles of a commons-oriented market places and exchange systems.

5. New Infrastructures for Commoning by Design 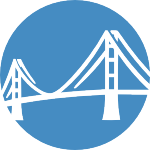 One of the main challenges in advancing commons as a stable paradigm is finding ways to develop commons-friendly infrastructures. We lack infrastructures that “by design” foster and protect new practices of commoning. Many existing systems, indeed, enable commons-unfriendly practices (e.g. fossil fuel-based individual transportation) or generate negative social and environmental impacts (e.g., nuclear power and even “clean” energy sources). While some infrastructures have progressive dimensions (using distributed networks, promoting local access), they may be minor parts of larger, regressive infrastructures that still depend upon individual transportation, centralized power grids and concentrated industrial structures. Yet there are important lessons to be learned from commons-based infrastructures such as Internet protocols, which have fostered the emergence of countless digital information commons. An urgent need of our time is to ensure that infrastructures will systematically encourage the formation and protection of commons. 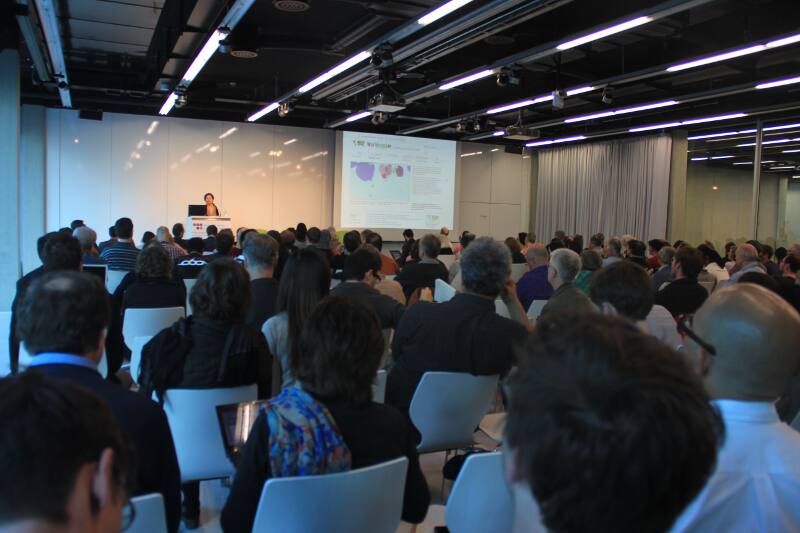 The Commons Strategies Group and Heinrich Böll Foundation were the joint organizers of this conference, which was an outgrowth of the landmark International Commons Conference (ICC) in Berlin in November 2010. That event brought together about 180 commons activists, academics and project leaders from 34 countries, and started a cross-disciplinary political and policy dialogue about the commons in diverse international settings.

The Charles Léopold Mayer Foundation supported the International Commons Conference in 2010 as well. 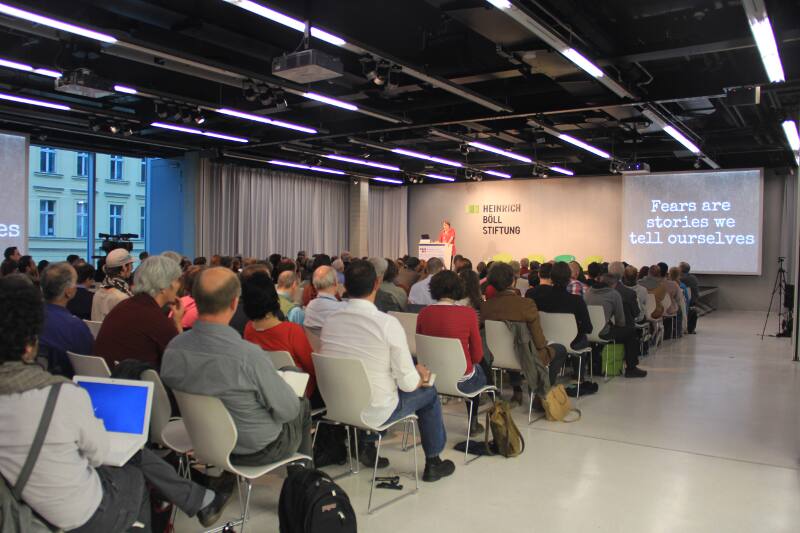 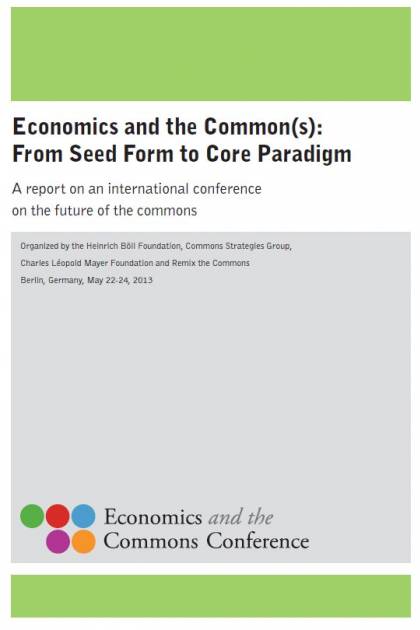 This report summarizes the general content of each keynote presentation and conference stream of the conference "Economics and the Common(s): From Seed Form to Core Paradigm", with verbatim excerpts of the more interesting aspects of the proceedings.
Read more

Watch Conference Videos on You Tube 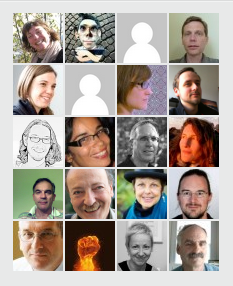 Images from the Conference 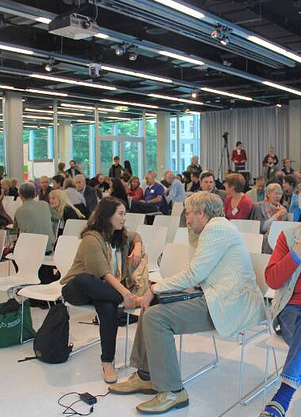 A photo album by Santiago Hoerth featuring the highlights from the Economics and the Commons 2013 conference. Click here to see the album.