The Wealth of the Commons

A collection of 73 essays that describe the enormous potential of the commons in conceptualizing and building a better future, edited by David Bollier and Silke Helfrich.

We are poised between an old world that no longer works and a new one struggling to be born. Surrounded by centralized hierarchies on the one hand and predatory markets on the other, people around the world are searching for alternatives. The Wealth of the Commons explains how millions of commoners have organized to defend their forests and fisheries, reinvent local food systems, organize productive online communities, reclaim public spaces, improve environmental stewardship and re-imagine the very meaning of “progress” and governance. In short: how they’ve built their commons.

In 73 timely essays by a remarkable international roster of activists, academics and project leaders, this book chronicles ongoing struggles against the private commoditization of shared resources – often known as “market enclosures” – while documenting the immense generative power of the commons.  The Wealth of the Commons is about history, political change, public policy and cultural transformation on a global scale – but most of all, it’s about commoners taking charge of their lives and their endangered resources. It’s about common people doing uncommon things.

Praise for The Wealth of the Commons

“This fine collection makes clear that the idea of the Commons is fully international, and increasingly fully worked-out–if you find yourself wondering what Occupy wants, or if some other world is possible, this pragmatic, down-to-earth, and unsentimental book will provide many of the answers.”

— Bill McKibben, author, Deep Economy: The Wealth of Communities and the Durable Future

“Solidly researched and clearly written, these essays lay the kind of foundation needed if we are to realize a paradigm shift toward the commons.  Kudos to Bollier and Helfrich for assembling this astonishing tool kit!”

— Lewis Hyde, author, Common As Air and The Gift

“These thoughtful and beautiful essays go beyond celebrating the commons to insist that we must learn how ‘to common.’ We will all be impoverished unless we more actively make, defend, expand, and govern resources that cannot be privately owned.”

Over the past few years an explosion of innovative activism, scholarship and projects focused on the commons has been gaining momentum around the world. This growing movement consists of activists fighting international land grabs and the privatization of water; commoners collectively managing forests, fisheries and farmlands; Internet users generating software and Web content that can be shared and improved; and urban dwellers reclaiming public spaces. The Wealth of the Commons brings together the most vibrant strands of this burgeoning international work into a single volume, revealing the significant potential of the commons as a new force in politics, economics and culture.

The Heinrich Böll Foundation in Germany has been an indispensable partner in the conception and development of the book. Barbara Unmüssig, President of the Foundation, provided unflagging support for an anthology that would probe more deeply into the world that exists beyond market and state. Silke Helfrich and the Böll Foundation were co-editors of a German edition of this book, Commons –Für eine neue Politik jenseits von Markt und Staat, which was published by transcript verlag in April 2012.

Our goal in assembling the essays in The Wealth of the Commons has been to showcase the great diversity of voices, types of resources and geographic circumstances related to the commons – and the great political relevance of the commons for our time. The book also seeks to show the range of enclosures of the commons now underway, theoretical approaches to understanding the commons, and specific projects that use commons principles to generate, protect and share resources.

All works in The Wealth of the Commons except for those previously published and copyrighted (as noted at the end of such chapters) are available under a Creative Commons Attribution-ShareAlike 3.0 License. See https://creativecommons.org/licenses/by-sa/3.0/deed.

Visit the Wealth of the Commons Website to find out more 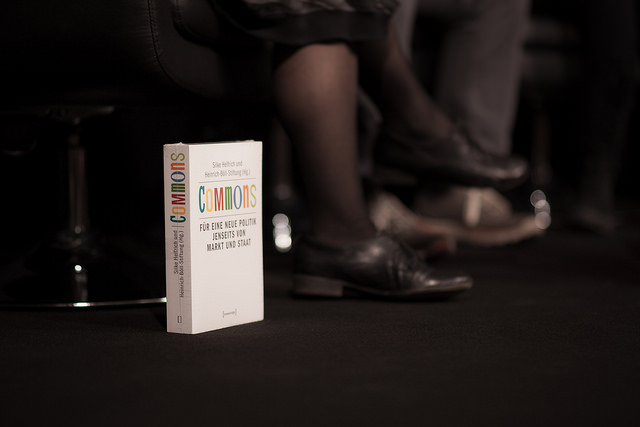 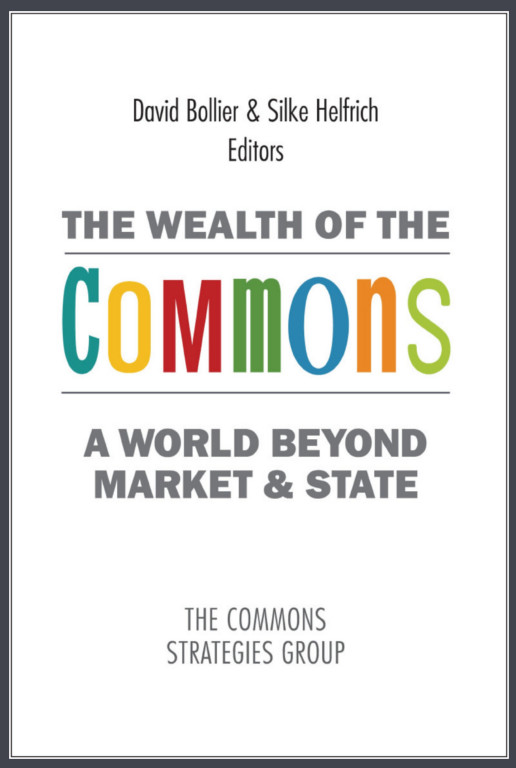 Buy at Levellers Press Or get a digital version: Kindle | Nook | epub

Special discount if you buy Patterns of Commoning and The Wealth of Commons together!

To buy from UK or Europe

Or go to Central Books & type in "Wealth of the Commons"