At the P2P Foundation, we don’t use the moniker ‘revolution’ with much frequency, preferring the concept of phase transition.

In this article, we would like to elucidate the relation between the two concepts.

In my experience, revolution is used in two quite different senses; in a generic sense, it just means a ‘big change’, like for example when we speak about the Industrial Revolution, this was a long and drawn out process, with many aspects and it would be really difficult to identify with one particular event. Yet at the same time, there is clearly a time when industrial changes emerged in a mostly agrarian context, and a time when it is the industrial processes and forms of organisation which are dominant, and the agrarian aspects subsumed under that domination. Clearly, between these two moments, a ‘phase transition’ has occurred.

Revolution is also used in a much more narrow fashion, which usually refers to a momentous series of concrete events, in which the very organisation of power in society changed fundamentally, leading to a wholesale replacement of human personnel, a new different balance of power between social classes, and the like. Paradigmatic examples would be the French and Russian revolutions.

Both types of revolutions occur throughout history, but for many people, at least for those that live more comfortably, the second notion is less attractive. Indeed, it is most often associated with violence, often directed against the very ‘leaders’ of the first phases of such revolutions, and to boot, usually leads to counter-revolutions. The achievements of such revolutions, their victories, are often also very problematic. Who can unproblematically affirm that the Napoleonic and Soviet regimes for example, were necessarily ‘better’ than what they replaced; or, that these radical social and political events produces better outcomes than the slower processes which led to similar phase transitions ? An additional issue for the ‘narrower’ meaning of revolution is that for many people, even for those who dislike the presently dominating regime of their time, is that it is not very clear most of the time, what form the new post-revolutionary regime should take, especially if the negative aspects of other attempts are quite clear.

For this and other reasons, we prefer to talk at the P2P Foundation, about phase transition, stressing the process of change from one system to another, without necessarily being able to predict how exactly these changes will occur, especially on the political and social level. But let’s be clear, from the historical record, it is pretty clear that such fundamental changes are usually associated with rather deep social convulsions. For example, if we take the deep shift from the Roman system to the feudal system, it was characterised by military invasions from foreign tribes, which substantially changed the political leadership in post-Roman regimes. For centuries, Europe was unstable. If we take the changes associated with the Reformation for example, we see similar convulsions and religious civil wars; the change from the Ancient Regime to capitalism was similarly fraught with deep political and social crises. So there is no doubt that a similarly deep transition will be associated with social convulsions, wars, and yes, political and social revolutions. The question is, what kind of forms these will take, and not that we can guarantee a cozy transition.

However, just as the revolutions of feudalism differed fundamentally from the revolutions that created capitalist societies, so the transition to a commons society will take different forms. 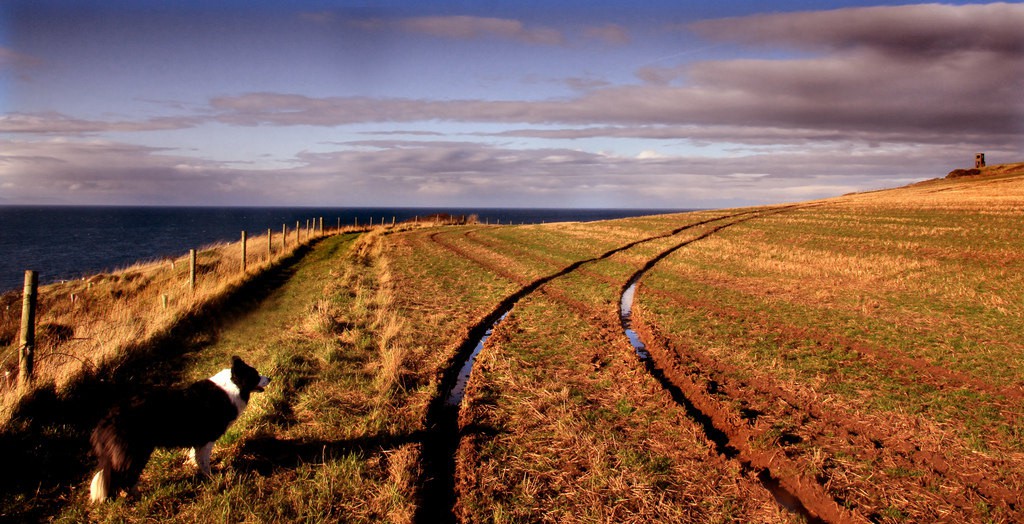 In what follows, I explain my view of what those differences could be.

First, what do we mean more precisely, when we talk about a transition towards a post-capitalist, p2p-driven, commons-oriented society ?

Here are a few pointers.

In the present dominant form of society and economics, nature is considered to be an infinite resource and the market ‘externalises’ environmental concerns. It is based on ‘pseudo-abundance’. At the same time, the present system attempts to systematically render ‘artificially scarce’, what is naturally abundant, such as say agricultural processes, but more specifically, knowledge production. In p2p/commons processes, the natural abundance of the immaterial commons such as knowledge, software and design, and technical and scientific knowledge, is recognized and shared and made available to all humanity; and it is associated with changes in the mode of production, that insure that production regenerates resources, maintaining ecological and resource stability for coming generations and for the natural world and its beings, of which we are an integral part.

In the present form, corporate entities compete against each other, but within these entities, collaboration, though mostly hierarchically driven, occurs: cooperation is subsumed under competition; in the new form, ethical entrepreneurial coalitions co-create commons with contributory productive communities; and are interlinked around these commons through social charters and open licenses; though they may compete within that sphere of collaboration. In other words, competition is subsumed under collaboration. The value is created and deposited through commons, and the economy creates livelihoods around these commons and their contributory communities, and the market creates ‘added value’ services and products around these commons.

So what we see here in the nature of these changes are a series of qualitative reversals in terms of the operating logic of the system.

These phase transitions are inextricably linked to changes in the nature of economic, social and political power. How should we see that relationship ?

The process of past phase transitions has been the following:

Today, we see this process clearly at works.

The systemic crisis of global neoliberal capitalism is leading to 3 types of patterned responses: 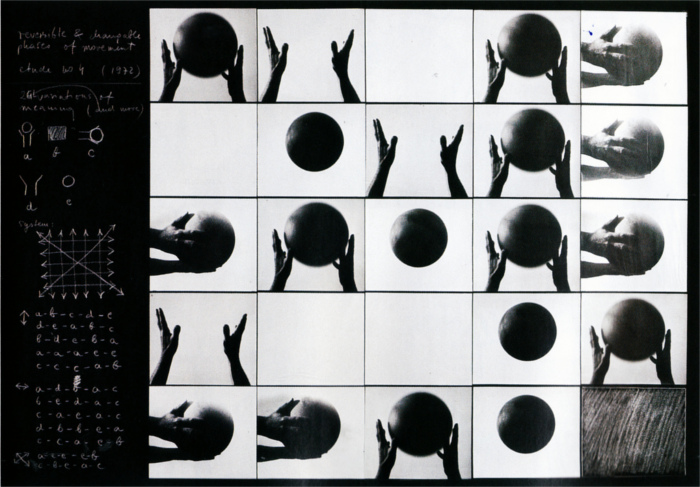 These patterns are still fragmented, only exceptionally ‘eco-systemic’ in their concrete practice, though these alternative eco-systems are definitely emerging and strengthening. What is specifically emerging is a new proto-mode of production in which contributory communities create common knowledge , in which enterpreneurial coalitions create added value on top of the commons in the still capitalist marketplace, and in which for-benefit associations create and maintain common infrastructures of cooperation and production.

What needs to happen, and is starting to happen is that these productive communities, rather than be subject to the logic of extractive value captation by ‘netarchical capitalists’ (those in the old system which are investing in the new systems for their own benefit); create their own ethical economic vehicles, which allow them to create livelihoods around their commons-creating activities. This represents the necessary convergence, through open cooperativism, of economic forms which respect social justice (the solidarity economy and other forms), with peer production; and on the other hand the equally necessary convergence with sustainability, through for example the ‘open source circular economy’.

A important issue today is the relation between the ‘prefigurative’ forms, i.e. individuals and communities finding alternative systems of value creation that respond and solve the present systemic crisis, with political and social change. The crisis today expresses itself because the traditional emancipatory forces of the industrial society (left parties, unions and the like), are still oriented towards the old paradigm of capital and labor; while the many productive communities have a strong distrust of these older political forms, and new forms are still weak and emergent.

Nevertheless, we see this necessary convergence is also already happening:

These more political movements have emerged from what were originally anti-political mobilisations but have learned through experience that prefigurative actions and protests cannot produce substantial victories in the context of a hostile state; and that therefore, the state itself has to be tackled and transformed. What is most likely in this evolution is the transformation of the electoral democracies, in which elections have now themselves become enclosures of political power of the people by a professional political class that is operating in a market state form that is dominated by private financial interests that have made real and gradual change impossible. New hybrid forms will combine elections, with associated forms of deliberative and participative democracy, but the political initiative more directly in the hands of the citizenry, and use the ‘partner state’ model, in which a transformed state will create the necessary civic and technical infrastructures to ‘enable and empower individual and collective autonomy’; on the political agenda is the development of public-commons partnerships and the communification of public services, such as for example the example of the Bologna Regulation for the Care of the Urban Commons.

My personal belief is that given the exodus from labor forms of work to those of networked and commons-creating peer producers of the new precarious working class, that a reconstruction of social and political institutions is necessary, based no longer of the declining form of the salariat (which is itself a legal form of subordination), but on the ‘commons’. I have elsewhere proposed to create at the local level, Assemblies of the Commons for civic actors and Chambers of the Commons for the new economic actors, to reconstitute institutions of ‘commonfare’ that can recreate a powerful social force that will in turn reconfigure politics to create powerful ‘coalitions for the common(s)’, such as En Comu in Barcelona. The Barcelona victory was indeed preceded by precisely such a civic reconstruction by the post-15M activists, which created new participatory forms in the social movements and commons-creating productive communities.

Another important issue to be resolved in this specific phase transition is the relation between the local and the global. The big wave of relocalisation taking place today, through for example the groups reconfiguring the provision of food and energy, is paradoxically itself facilitated by the globally networked technology that is the Internet. But most of the time, these local communities using global technology to strengthen local activity, and not necessarily to project global power.

Today we have global formal civic associations, and through p2p, global open design communities, what is missing is global ethical entrepreneurial forms that can operate on a global scale and can form a counterpower to private and extractive multinational corporations. The immediate limitations imposed on the Greek Syriza party also shows the very strong limitations for local and national politics in terms of structural change. Local and national movements are necessary, but not sufficient, and a orientation towards the global commons, through physical global institutions, will be vital, as is their political expression. Lasindias.net has proposed, and we support this vision, the creation of ‘phyles’, global business eco-systems that sustain the commons and their communities, and the FairCoop project is a first attempt at developing this.

Revolutions in the narrow sense, are organic and often destructive events, not in the control of any particular social force, we can notice the tinder, but we can’t know which spark will alight it. It would be unwise to rejoice especially if the alternative social forces and productive systems are still emerging.

Big waves of social revolution has been unsuccessful, like for example the wave of 1848 in Europe, or the wave of 1968; and as for the successes, “be careful what you wish for”.

Therefore today, what matters is the reconstruction of prefigurative value-creating production systems first, to make peer production a autonomous and full mode of production which can sustain itself and its contributors; and the reconstruction of social and political power which is associated and informed by this new social configuration. The organic events will unfold with or without these forces, ready or not, but if we’re not ready, the human cost might be very steep.

Therefore the motto should be: contribute to the phase transition first; and be ready for the coming sparks and organic events that will require the mobilization of all.