As long as human societies exist, so do the commons, embodied in very diverse social practices. As form of governance, they have endured longer than any State in human history. Nonetheless, the current rise of the commons is everything but something we can take for granted. While it is unclear if the commons will actually evolve into a powerful meme, in this very instance, as you are reading – it is going from eye to eye and from brain to brain competing for space in our memories and for the chance to be copied again and again, as memes do. And the more the commons turns into a meme, the more energies will be shifted towards co-creating a commons framework –that is, an ecology, where freedom, fairness and planet Earth’s future converge.

The resurgence of the notion of the commons in public discourse, academic research and social activism is the product of many collective explorations of its mysteries and potentials. That is perhaps the most relevant news given the enormous challenges we face: ongoing enclosures which disrupt commons practices and the infrastructures they are based upon; the encroachment of common land by mining and other extractive industries in Latin America; the galloping urbanization in Asia; the wave of austerity measures especially in Mediterranean countries in Europe; landgrabbing in Africa for speculation or the expansion of game farming displacing communities that have farmed there for generations; the omnipresence of proprietary technologies in our educational and infrastructural systems that stifle open innovation at lower costs; and all of this accompanied by surveillance of our communications and the repression of dissenting voices.

In the face of theses developments, academics, social activists and practicioneers are building a new framework of the commons and the commons creating peer economy (ccpe) which has to be strong enough to change both: 1. the beliefs and experiences that affect the way individuals perceive reality; and 2. the way society goes about understanding and organizing reality through its institutions and its way of production.

By November 2012, we published The Wealth of the Commons. The volume is a major collection of essays on diverse aspects of commoning, enclosure and the growing self-awareness of the global movement. The epilogue of the book is a timeline of commons-related developments that make visible that „everything seems stuck in a quagmire, yet a new future is emerging.” I think it is useful to continue this timeline and to spotlight some of the more significant commons-related events that have occurred in the past few years without pretending to be representative in my selection.

INTERNATIONAL, 2010 – PRESENT –> REMIX THE COMMONS, an evolving multimedia project and itself a result of a truly commoning process. Remixthecommons documents and illustrates key ideas and practices of the commons and is highly recommended for an introduction into the multifacetical and multilingual commons-debate. It functions itself as a commons by inviting remixes of its videos. Dozens of short videos on the commons were released during the last 24 months.

USA, MAY 2011 – PRESENT –> ATMOSPHERIC TRUST LITIGATION (ATL). In a series of suits and petitions on behalf of young people, legal actions were brought against all 50 U.S. states and the federal government demanding that governments fulfill their public trust obligations to protect the atmosphere as a common property. The public trust doctrine, described by law professor Gerald Torres as „the law’s DNA,” is one pillar of the campaign; the human rights principle of intergenerational justice is the other. Similar suits are projected for countries around the world. While the courts have turned down some of the lawsuits, in 2012 a federal district court ruled that a case brought in New Mexico could go forward. 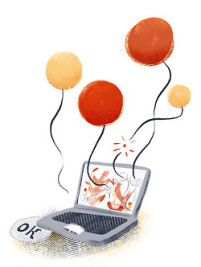 HELSINKI / FINLAND, SEPTEMBER 17-22, 2012: THE WORLD’S FIRST OPEN KNOWLEDGE FESTIVAL offered a week of events with participatory sessions, keynotes, workshops, hackathons and satellite events with over 1,000 physical and 12,000 virtual participants from across the globe. Openness is a key feature in the commons (even though not everything that is “open” is necessarily a commons). In a commons, openness protects the freedom of ideas and the social practice of knowledge sharing. The convergence between the access to knowledge (a2k) and a broader commons movement is decisive to oppose upcoming enclosures like the so called TTIP, which in fact is a Trans Atlantic Enclosure Agreement via Free Trade. –> NEXT OPEN KNOWLEDGE FESTIVAL, IN BERLIN ON JULY 15 – 19, 2014.

CZECH REPUBLIC AND ONLINE/GLOBAL COOPERATION, SEPTEMBER 2012 –> REPRAP PUBLISHES PRUSA i3, the latest generation of its flagship open source 3D printer — affordable means of production for everyone!

INDIA 2006 – 2013 –> In 2006 the Forest Rights Act (FRA) was enacted in almost all of India as an instrument to secure community rights over ancestral lands, forest resources, and customary territories of tribes and other traditional forest-dwelling communities. Notably, these rights are heritable but not alienable or transferable. The radical transformative potential of the FRA has hardly been met since its implementation, but wherever there have been proactive organizations or officials, progress has been made: over 1 million acres have been recognized as community forest resource rights, much of this in Maharashtra, Madhya Pradesh, Andhra Pradesh, and Odisha; and communities are beginning to use the FRA provisions to stop or resist destructive ‘development’ projects as for instance the POSCO steel plant and Vedanta mining proposals in Odisha or a governmental timber logging project in Madhya Pradesh. 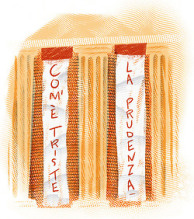 ROME / ITALY, APRIL 13, 2013 –> FATTI BENE: COSTITUENTE DEI BENI COMUNI. Italy has perhaps the most robust and political commons movement. It has emerged in the context of reclaiming control over fundamental common goods (especially water and culture) and the democratic processes that govern access to and control over them. The Italian beni comuni movement showcases the constituent power of the commons in the context of a declining nation-state and the top-down economic constitutionalism of international economic institutions. The Constitutional Assembly of the Commons held its first session with 700 participants at the occupied Teatro Valle, a revered opera house in Rome that itself was reclaimed as a commons on April 13. Meanwhile four more assemblies have taken place – in L’Aquila, Pisa, Rome and Padova.

BERLIN / GERMANY, MAY 22-24 2013 –> ECONOMICS AND THE COMMONS CONFERENCE, a global meeting on the commons dedicated to the emerging field of Commons-oriented Economics. The gathering brought together over 200 leading thinkers, activists and academics from thirty countries to explore how the commons paradigm might be applied to the management of natural resources, knowledge, infrastructure, care work and money. 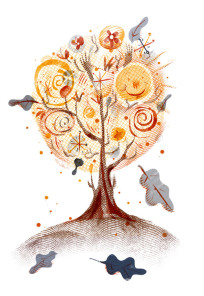 ISTANBUL / TURKEY 2013 → COMMONERS DEFEND GEZI PARK/TAKSIM SQUARE. The 2013 uprising in Turkey commenced with a call by a handful of activists to guard Gezi Park, adjacent to Taksim Square, from bulldozers that came to start “redeveloping” the area. Repression didn’t stop the first rebels or their sympathizers. On the contrary, the protests quickly became an extensive popular uprising against the authoritarian rule of the Erdoğan government and his neoliberal policies. But there was also a long-term process to reclaim common space – freed of displacement, dispossession, and forced marketization. Taksim Square reminds us that a shift towards the commons can sometimes happen quicker than we think possible. 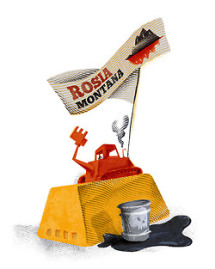 In 2000, the Roșia Montană Gold Corporation was given a license for mining in what would be Europe’s largest open-pit gold mine. Resistance against the project was originally organized by locals, and grew the more the State was lobbied by the corporation to pass laws to secure its interests. From 1 September on, all over the country major protests were held each Sunday. They grew exponentially in numbers. Protests also reached 30 cities in the Romanian diaspora. The ‘Save Roșia Montană’ campaign is now regarded as the largest civic movement in Romania since the 1989 revolution. –> Proclamation of Câmpeni – 19 October 2013, rosiamontana.org

SKOURIES / GREECE / EUROPE, NOVEMBER 9, 2013, INTERNATIONAL DAY OF PROTEST AGAINST GOLD MINING. The Greek state sold a big chunk of virgin forest to Eldorado Gold, a Canadian-based, low-cost gold producer with operations in Asia, Europe and South America. Procedures of the deal where opaque and condemned by the European Courts. Independent studies showed that water would be poisoned, forests and livelihoods destroyed. The local population resists and faces brutal repression and criminalization. Finally protests are organized in dozens of cities in Greece, Romania, Germany, the UK, the Netherlands, Italy, France, Austria, Macedonia, Serbia, Bulgaria and others. 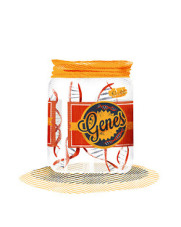 USA JUNE 13, 2013: SUPREME COURT UNANIMOUSLY FINDS ISOLATED DNA IS NOT PATENTABLE FOR BEING A PRODUCT OF NATURE: Myriad Genetics, a biotech firm, claimed patents in “”breast cancer susceptibility genes,” BRCA1 and BRCA2, (which enabled the company to monopolize a diagnostic test for breast cancer. But the Supreme Court ruled that “genes and the information they encode are not patent eligible under §101 simply because they have been isolated from the surrounding genetic material.” This is a breakthrough ruling, but only a partial one, as the Supreme Court did find synthethic forms of DNA to be patent eligible.

ECUADOR 2014 – PRESENT, FLOK SOCIETY PROJECT. Even though the government of Ecuador failed to win sufficient support for the innovative proposal to “keep the oil in the soil” of Yasuni-ITT in order to protect biodiverse lands from oil drilling, it has embraced the commons framework in another area. The FLOK Society Project (FLOK means “Free Libre and Open Knowledge”) is using a participatory process to develop ambitious new strategies for promoting commons-based peer production. FLOK pretends to set off a transition towards open knowledge and commons-oriented practices in every domain of human activity – at a national level. It is the first country wordwide committing to such an endeavour.

INTERNATIONAL, 2011 – PRESENT, MAPPING THE (URBAN) COMMONS. Mappers make the commons visible. After the prototype mapping projects in Athens and Istanbul, in 2013, there has been a veritable explosion of them. Map Jams organized by Shareable.net and Ville en biens communs in France, covered over fifty cities in the US, Europe, Australia and Arab nations. There was also the Wikisprints held in Spain and Latin America, which mapped out dozens of peer production projects. There is the Great Lakes Commons Map; Commonopolis.de, a site which includes a mapping project for German- speaking countries; and the Commons Atlas, a website to keep track of all these maps. What we need now, is a unified tagging structure for mapping projects based on the Open Street Map, so that maps can easily be combined, completed and unterstood.

DECEMBER 1, 2013, MANIFIESTO DEL BUEN CONOCER.  The day that I finished this article, my @commonify twitter timeline points me to the “buenconocer” manifesto. Buen conocer roughly means “good-knowing.” The very term underscores the idea that open knowledge is all about the way we share and constantly (re-)produce knowledge, and not about knowledge as such. Just as the commons is not about things, but about the processes of commoning. Obviously I signed the manifesto.

And here is an easy way to continue writing history from below; help us improve the timeline!  Just add your ideas here: https://p2pfoundation.net/Commons_Timeline

[published in StirMagazin/issue 4 and illustrated by HeyMonkeyRiot; spotlighting some of the more significant commons-related events that have occurred in the past few years]