The Commons as a New/Old Paradigm of Governance, Policy, and Political Action

On December 4, 2012, I gave a talk at the American Academy in Berlin as part of a six-week residential fellowship there. I focused on the commons as “a new/old paradigm of governance,” making a survey of the topic in ways familiar to readers of this blog. (Here is a video of the talk along with the text.) It was fun to mix it up with a very diverse crowd that included academics, journalists, students, a Google Germany executive, a Wikipedia leader, a German patent law official, among many others.

Among the many interesting comments made by the audience, Katrin Faensen of The Virus, coined a word that I am going to start using a lot: “commonable.” Faensen asked how she personally could become “more commonable” in the sense of connected to and participating in a commons. I replied that she should start with whatever she is passionate about, and find a suitable commons project there. 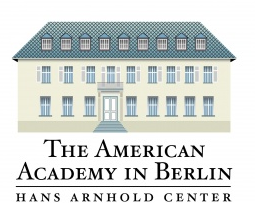 I like “commonable” as a term because I think there will be a growing use for it in the future. Tommaso Fattori of Italy has proposed new sorts of “commons/public” partnerships, for example, which could lead one to ask the question, “Is that public service or asset ‘commonable’?” Many of us would like to see the earth’s atmosphere treated as a commons, which could lead to the statement, “We need to make the atmosphere commonable.” My pleasure in the word was reinforced when another fellow here at the Academy, a renowned literary translator, agreed that the word has a promising future.

A word about the American Academy in Berlin. This small, independent center in the Berlin suburb of Wannsee is dedicated to “advanced study in the humanities, public policy, social sciences and arts.” Its central aim is to foster German/American cultural exchange via its Berlin Prize Fellowships. I am pleased to say that I was selected for the Bosch Berlin Prize in Policy for fall 2012. This has given me the gift of six weeks to read, study, think, meet with people, give talks and enjoy great food and stimulating company. As a non-academic with no hope for a sabbatical, this has been a rare treat and a real joy.

I’ve spent much of the past five weeks in Berlin meeting with a wide range of activists, thinkers and project leaders who care about the commons. The Heinrich Böll Foundation is one of the leading hubs of such activity, much of it led by Heike Löschmann, the head of international politics there. I’ve also met with some folks associated with the German Pirate Party; with German free software and free culture advocates; with Jonathan Gordon-Farleigh, the editor of Stir magazine in the UK; Green Party officials in England; with artist-commoners in Istanbul; and a workshop of 20 Europeans dedicated to the economics of the commons. I am happy to report that interest in the commons continues to grow, as reflected in the diverse voices that I’ve heard. I’m grateful to the American Academy for giving me the change to expand the boundaries of my knowledge of and personal connections to commoning in Europe.

Just when I think that Europe is ahead of the US in developing new commons, I learn about the innovation in my very own home state of Massachusetts. A few days ago I learned about the Center for the Theater Commons at Emerson College. The theater as commons? Who knew? The obvious lesson is that one never knows what might be commonable.